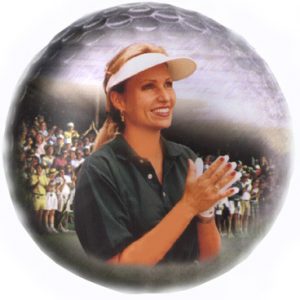 The Thrill of Victory, the Agony of Defeat, and the Joy of Learning:

I just got off the phone with my dear friend, Michele. We were talking about my recent writings on the journey on the road to championship. She thanked me for my writings and then concluded: “Most people don’t think that deeply about their performances–just whether they succeeded or failed.

Often the thrill of a victory lasts only a moment and the pain of a defeat can last a lifetime. The key is not in the OUTCOME of the performance, but how you LOOK AT IT. It’s not in the pain of the defeat or the pleasure of the victory, but the PARADIGM of your PHILOSOPHY.

Many years ago, I launched off into the deep to fully focus on reaching a certain golf goal. I spent 6 months in laser focus mode. When I didn’t accomplish my goal, Humpy Dumpy fell off the wall and did not get back up again for almost a decade.What happened? I had a faulty paradigm based only on 2 variables: success or failure. VIctory or defeat. When it did not happen, I became a victim of my own mindset. My mistake was how I looked at my journey, which was ONLY defined by the RESULT. I unnecessarily brought suffering upon myself because my focus was on an event–and there was nothing behind that event.

I spent years figuring out how to “go all in,” “push to the limits of my capacity” and avoid the “falling off the cliff syndrome” that I had experienced. Here’s what I found that transformed my fear of a future pursuit: My problem was my paradigm.
When I shifted to a process-oriented paradigm, of ONLY focusing on the processes to get me to my goal, and not the goal, there was joy in the journey. There was also joy in the defeat–because it was in the defeat that I found meaning, the greatest amount of learning, and all that added to my next pursuit.

If you will add the variable of “the joy of learning” to your paradigm of success, it will greatly enhance your life and your success. If you go even further and edit your paradigm to “either success or learning,” you will advance down the road to championship even further. The pain of failure = treasure chest of learning = wisdom for the next round = set up for success. Take the time to discover the joy of learning which happens most AFTER a performance.

What kinds of lessons have you learned after a defeat?