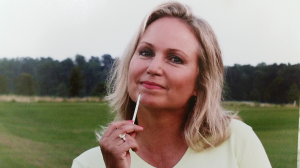 The Christmas holiday is over and the new year is upon us. Have you thought about how you are going to enter the new year from a place of victory?

Most people think about starting new years’ resolutions, but we both know how ineffective a new resolution is. By February, most people have bailed on their resolution, largely because it was done from a “willed” place.

But how can you truly finish off the final few days of the year from a fresh place of victory?  I’d like to offer a champion mindset that will help you arise from defeat and advance to victory, right now, today!

Champions are those who enter a new paradigm before others.  The best way to start the new year off from a place of victory is to start before the new year begins. That means this week!  Victory doesn’t have to be determined from a place of the end result.  Victory can be determined by creating moments of success in an area that you have felt defeated in. One action of victory will announce to your being that you are on the upswing!

For example, I was determined this year to knock off the excess weight that I have gained over the last “too many years.” I started the year off losing over 20 pounds.  During that time, I moved to NC and experienced a lot of stress.  Then I gained it all back.  Determined to lose it, I did the diet again, losing another 20 pounds.  Still in a state of stress, I gained it all back and more.

Not wanting to end this year without some measure of victory under my belt (ha, ha, pun intended!), I decided NOT to judge myself.  Instead, I took some time to reflect on what caused the yo-yo outcome.  I realized that I eat as a source of comfort and that was not empowering me. Getting to the true source of my unsustained success, I knew I had to work on building relationships instead, particularly in the midst of all the changes associated with moving I had experienced.

Next,  I had to make a decision to go back on the diet short term, long enough to lose enough weight to feel that I was ending the year on the upswing—that is, that I would not let myself go into the new year without some measure of success—a state of victory in the same place I had defeat.  The diet I was on was a short term “knock it off diet,” so I will switch to a more lifestyle change diet once I achieve my initial victory. But I had to begin!  I had to get victory into my spirit first!

The hardest part was deciding to lose the weight over the Christmas week.  Yep!  But I did it!  Down 5 pounds already.  I am ending the year in victory and starting the new year FROM victory.  How about you?

Here are some coaching questions to ask yourself to arise from defeat and advance to victory:

1. area of your life do you want to turnaround right now before the end of the year?  Name it!

2.How can you get away to be in an undisturbed place of reflection?  Upon reflection, what was the root cause of the defeat?  Was it a mindset, skillset, or not getting off your assets (motivation)?  What did you learn about yourself from the defeat that can set you up for victory?

3.What action can you take in these next 5 days that will change your state of being—your mindset and emotional-set about that thing?  Determine to step into your victory.

4.Take the shot!  Regardless of what the culture says about chillin’ the rest of the month, you be a champion.  You decide what you want to arise to, and do it!  I remember going into a grocery store and asking the person behind the counter about weighing a piece of meat for me.  I then said something about the enticing sugary food at the counter.  Upon telling her I was on a diet, she said, “Today it’s okay to cheat.”  I said, “Oh no it’s not. I am on a mission to lose this weight and gain victory today.  My mind is set.”  She looked at me like I was from another planet—someone who was set on victory as she was set on mediocrity and compromise.  I knew I was speaking into her soul a completely different mindset. Don’t let your atmosphere influence you to change your mind.

5.Rinse and repeat.  Once you get the taste of victory, you will want to do it again!

It’s a beautiful feeling to know that in the midst of losing weight I am gaining victory.  While my end goal is going to take some time, I am loving myself to a higher place. My new year has already begun from a place of victory.

Please feel free to share your “arise from defeat, advance to victory” places.

I am currently offering a special on private coaching through the end of the year.  Book before December 31 and enjoy a $75 savings.  Normally $200, now $125.  UP to 2 sessions.  Redeem before Jan. 31.  Email: at veronica@truechampioncoaching.com.